Should fashionable dresses be banned?

Shop for Make up products

Shop for Make up brush and sponge

Shop for Loreal Make up products

The 21st century is all about being fast, smart, fashionable and trendy. Over the thousand years we have evolved in today’s smart humans. Initially we were the species of apes, running around the trees and eating leaches from each others’ body. Ewww! Thank god we don’t do that now. So next time you see any specie of ape, just greet then as grandparents but they can give you blessings as a tight slap. So be careful and respectful, after all they are our ancestors. And along with us everything has evolved. So why can’t our clothing style?

Well, fashion has a lot of critics and lovers. There are many reasons for lovers to admire fashionable clothes. Then there are also a lot of reasons to criticise it also exists.

Why there is Criticism of fashion ?

There are always two opposites of everything for each new invention or discovery once is appreciation and the other is of-course criticism. This is the ultimate rule of the society. Same is happening with clothing trends. Now a days every girl and boy wants to look like Angelina Jolie and Brad Pitt, even if they look like their first ancestors. ( Of-course you are not ape).

We are in 21st century where everything is modern, trendy and fashionable. So why not clothes? People are free to choose any type of clothing style and look smart. But some of our 16th century ancestors are still living in this modern era, who do not like these fashionable trendy clothes. The critics of fashionable clothes finds it obscene, vulgar and deteriorating our 16th century culture and tradition.All they want is to make us wear big frocks made up of sofa covers covering whole body from head to toe which can even give itchy rashes.( Khuda ka sukr hain hume kapde phne ki azadi hain, nhi to … )

That was all about criticism of fashionable clothes and style. If there is Johny Lever in Bollywood then Hritik Roshan is also there. In the same way fashionable clothes have critics then it also have many lovers. Most fashionable lovers are the young blood and they fight with such critics with their own stylish way.

1. They are not in the 18th century any more so there is no need to look like a Grandpa in your 30’s only.

2. In 21st century youngsters feel like there is no need to look like Johny Lever if there is an option to be like Hritik Roshan.3. If everything is evolving, then why not our clothing style?4. They consider the critics of fashionable clothes as the 16th century grandpa who like to wear sofa cover frocks.

5. We need to be updated with time and today’s trends. And that’s how we will be moving in the next century.Well these are not my defence or critic about fashionable clothes. These are the thoughts and facts of our society where everyone has the right to have an opinion.We can’t tell anyone to don’t have any opinion or don’t look like either as hot tempting actor or as our initial ancestors. All we can do is to analyse, discuss or debate over our opinions. And this article is just to analyse and discuss the critic’s and lover’s view of fashionable clothes.

Evolution of trendy, fashionable clothes initially started from western countries. Now most of the people especially youngsters like it very much. The criticism is generally happening in the non-western countries due to their old and not to be breakable traditions. And not only that, there are many reasons to criticise the fashionable clothes. The reasons are varied according to country, tradition, religion and many more facts. Some reasons are funny while some are really serious to be considered. So, Let’s discuss these reasons in detail.

In some countries and religions there is a tradition for women to be in mask (parda pratha). In Muslims there is a rule for women to not only cover their face but to cover full body with a cloth called burka from inception.

In Hinduism also this parda pratha is prevalent from ages. All the ladies need to cover their face under ghunghat before their elders or unknowns. And they have to follow even if they fell and let their faces break. Although they are following the culture but from inside they must be abusing all.

But in this 21st century this tradition is fading away. Women are choosing to be like Katrina kaif instead of Queen Padmini. But 16th century ancestors who are still living in the minds are claiming the fashionable dresses as shame and breakage of our traditions even if they are secretly enjoying the steaming dance of actresses 😛

Our most of the fashion is inspired by the models, actor and actresses of the movies. Our movies are inspiring, alerting and educating. Movie is the mirror of our society. But sometimes movies are tampering our society too. I choose for the freedom for any gender, age or religion. But showing women as sexual objects in so called fashionable clothes is never comforting. We have the right to choose our clothing style and look beautiful but not at the cost of our own dignity. Vulgarity in movies is the most prevalent reason for the criticism of called fashionable clothes.

Male dominant ego is one of the reasons for criticising fashionable clothes. From inception our society has been a male dominant society, in which every rule for women has been passed by men. But now women are not the puppet of men’s hand. They are speaking by their heart, making opinions, conquering the world, living by their own rules.

And with rolling pin they can now perform two tasks: one is making tasty rotis and another one can hurt a lot. So be aware men! At a women can take care of her home and look too. Now these men hurt from rolling pin are trying to save their mere dominance by targeting women by their fashionable clothes and calls them shameless. But the irony is, the same men loves to watch Mia Khalifa by hiding in bathroom from ladies.

Sexual abuse is widespread and unforgivable crime across the globe. It is not only prevalent in 21st century but our history has many records of sexual violence too. There are strict punishments for this offence in every country. Still this crime is accelerating day by day. And the reason given for this crime is the fashionable clothes.

So indirectly some society’s supermen are saying that the victim is the real criminal. But, my question is what sort of fashionable dress 8 year old child would have wore that ended up provoking the grown up men? What sort of dress a 50 year old lady would wear, so that she does not end up being raped? Sexual violence is the outcome of some ugly minds but not of fashionable clothes.

Students who are conscious about their clothing style and look are considered as academic losers and full time lovers by not other than our respectable 16th century minds.

According to them by following trendy styles students are filling their minds with fashionable stuffs rather than bookish knowledge. This is one of the criticism about Fashionable stuffs which suggests that students are deviating from their academic goals because of this. But what those critics would say about the students who are studying fashion designing or makeup arts in their academic? Are they drinking the fashion poison? Too much of anything is really bad but taking care of your look and personality is never wrong, since this era is all about smartness.

Some fearful news about Fashionable Dresses

1. In Pune, India a 21 year old women was killed by her husband for violating his dress code as she continued to wear western clothes.

2. A mother in India had been killed by the mob because her daughter continued wearing jeans.3. Some ministers stated that if any girl wants to get married and not raped then they must deny wearing fashionable stuffs.4. A fatwa had been issued against Sania Mirza the tennis play for not wearing full dress on the playground.5. A Pakistani cop killed his sister for wearing jeans.

These were the horrifying news about following fashionable dresses. And there are uncountable number of cases across the globe. What kind of society we are where people are not free to choose even their clothing style?

Should fashionable dresses be banned? To justify this question one must know the difference between fashion and vulgarity. Fashion is all about following the trend of changing time by making your clothing style which makes you comfortable, confident, decent, trendy and lets you free. 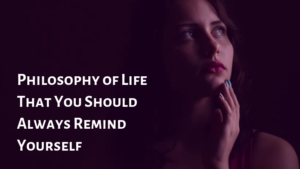 Philosophy of Life That You Should Always Remind Yourself
There are … 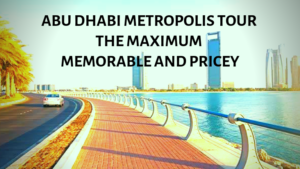 11 Passive Income Ideas You Can Start Without Money Today
“Making …

21 Ways to keep your Girlfriend Happy with 3 Little …

Philosophy of Life That You Should Always Remind Yourself
There are …

Top 10 make up tricks for mature skinMakeup is not …

21 Ways to keep your Girlfriend Happy with 3 Little … 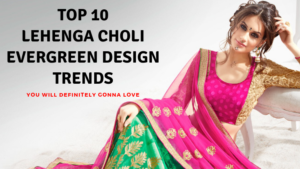 Bitcoin – is future of all currencies?

How to fashion yourself to look modern and trendy

Top 21 Most Beautiful Lehenga for Brides

Ankle boots – The latest trends you need to pick up

Stylish Women’s Bags for all time